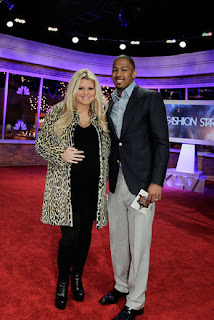 Can we say awkward! why does these two look so equally uncomfortable in this picture, the two were both at a Superbowl event and I guess decided to do a photo op, but did they really want to. Look at those faces. IDK 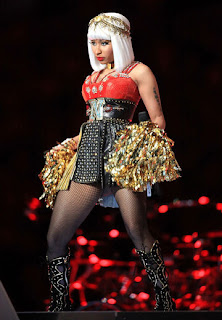 Nikki on stage for her big debut at the Super Bowl half time show, she performed with Madonna, Might I say that the show was good, at first Madonna looked a little stiff but she was OK in the end. Did you all enjoy the show? Leave a comment. 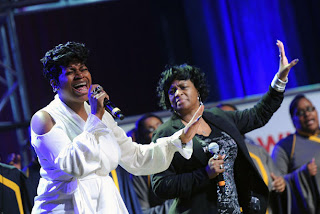 Fantasia goes back to her Gospel roots on stage performing with her mother at a Super Bowl Gospel celebration in Indianapolis. I guess after all the ish she have done last year, stealing somebody husband, suicide attempt and getting knocked up she needs alittle Jesus.
Posted by Queen Neeka at 6:46 AM