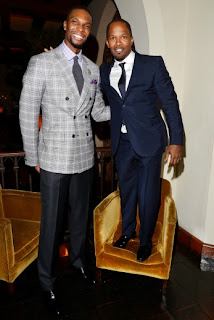 GQ Men of The Year Party in LA Jamie Foxx had to stand on a chair and still was shorter than Chris Bosh. 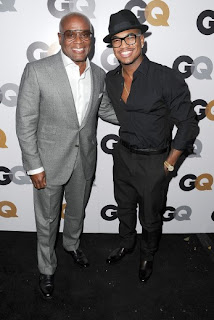 Neyo and L.A. Reid on the black carpet, Neyo looks great just saying those work out sessions are paying off. 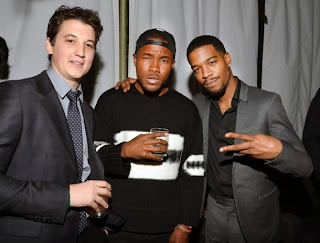 Kid Cudi and Frank ocean at the GQ Men of The Year Party in LA, Frank could have made an effort with the attire, he looked stressed of drunk than a mofo being out ain't all its cracked up to be huh!      Kid Cudi? (that's all I'm gonna say) 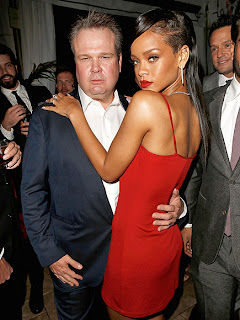 Eric Stonestreet looks like Rihanna just made his night, we all know that the "Modern Family" actor is not really gay so he is probably super excited, RiRi looks hawt. They were also at the GQ Men of The Year Party in LA
Posted by Queen Neeka at 11:22 AM