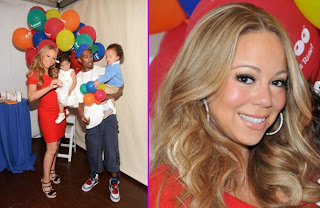 Mariah and Nick at family fun day hosted by Nick at the Santa Monica fair. 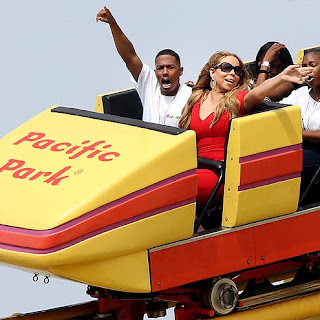 They look like their having major fun, she don't appear worried or bother by Nicki Minaj and her dramatic filled life. People this is why its important to have a great partner to have you back Nick  probably was like babe let's just have fun today don't worry about that disrespectful new comer. Seriously I like Nicky Minaj but really I feel she is out of pocket for even talking to Mariah like that, first it was LIl Kim now Mariah this chic has no respect her 15 minutes is almost up. 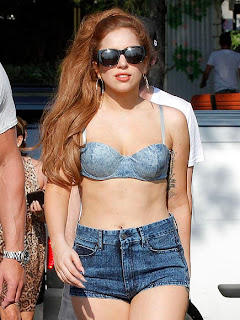 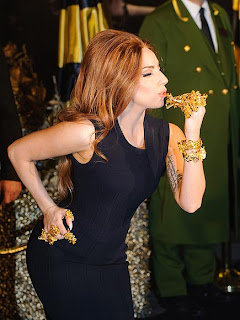 Lady Gaga was seen in France at the pool chillin with her friends,she look like the chic off " I dream of genie". She then went to London to promote her new fragrance "Fame" in London at the department store Harrods. 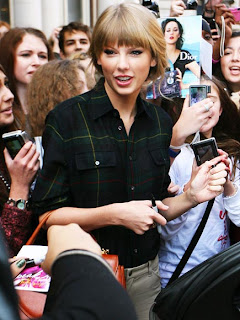 Also in London was Taylor Swift for the Xfactor taping.
Posted by Queen Neeka at 11:07 AM