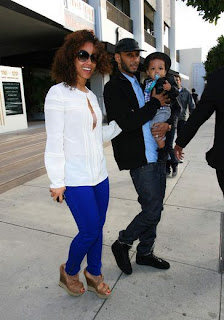 Alicia Keys and her Hubby Swizz Beats were spotted in LA this week with their son Egypt. Despite the rumors of Swizz legal trouble the couple still looks up beat. According to sources Swizz Beats is the CEO of an Internet file sharing company called Megaupload, now seems simple enough but apparently some of the uploads were an infringement on copyright and other electronic property rights, anyhow the Feds shut him down last week. Hope he doesn't have to do jail time. 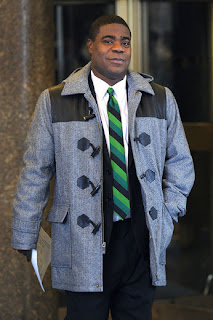 Tracey Morgan seen here alive well and kicking on the set of hos show "30 Rock" in NYC. Morgan collapsed last week while in Utah for the Sundance film festival. 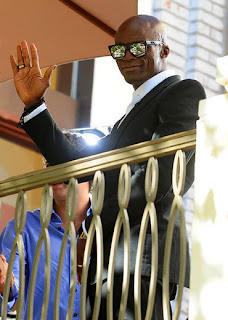 Seal, really, okay so there are rumors circulating about his and Heidi Klum claim to separate being a hoax to generate buzz for his new album. I have to say the rumor mill might be right, i mean here he is in this picture at the "Access Hollywood" set for an interview, then I was watching "Pearce Morgan " show last night and there he was again speaking out on his separation. First of all I haven't know Seal to get this much media attention and when do celebs actually give interviews about their private affairs. Please cry me a river Seal and Heidi we are not buying it. 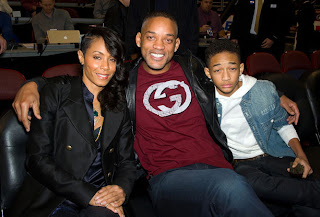 Well well well!  Will and Jada and son was photoed recently at a basketball game together,so I guess the rumors of their split are not true or so they are trying to portray. IDK I wish them well either way.
Posted by Queen Neeka at 7:21 AM