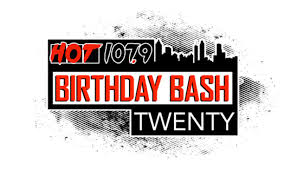 Ok so I had the opportunity to go to Birthdday Bash 20 here in Atlanta, theperformances were mostly good, but Im going to tell it ow i saw it first hand .

Kcamp did most of his popular songs but to me he needs more energy on stage and he was not engaging the audience. I think his music is dope but he worked on his stage presence a little more he would be one of the best to do it.

Bob killed  it with all hit hits that he has, he did this "free shit" routine where he gave out free stuff to the crowd and that really made the crowd go wild, he definitely know how to command the crowd. BOB brought out a new artist by the name of Scotty Atl his performance was ok like KCamp he needs work.

Young Dro came in  strong definitely setting the stage for the other hustle gang members.

Migos Hanna Montana is def still gets the crowd hyped up
Ludicris
Came in true fashion delivered his hits and got his fans excited  one of the highlights of the night was Mystikal coming on stage and performing.

Wale
Entrance was awesome entered on a skate board (IO Hawk) And then he ran into the crowd building energy in the arena,and they needed it because they had to wait so long for the next performance.

Future
Had the crowd & kept them hype one of the dopest is performances of the night although he didn't not do anything extra just the fact that he had so many hits , but why he has on leggings , just saying...  Future brought Meek Mills out and of course Nicki came out and made an impromptu appearance which made the crowd go wild. Future and friends he also brought drake out who killed it and did a mini set.

Kanye
After waiting forever for him to come on because the y had to get his lighting ang props right,  he captivated the crowd at first but lost them into his own reality & did not connect with the crowd, but surprisingly he kept then energized.  by bringing Two Chainz out. 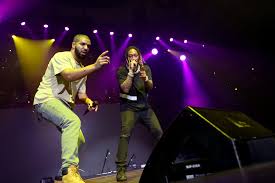 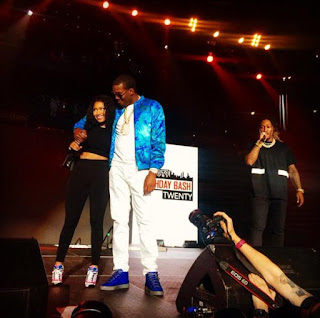 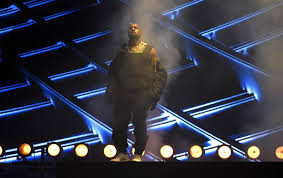