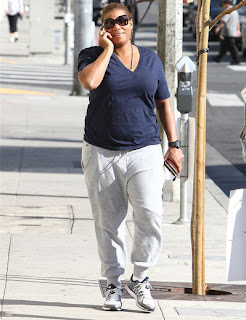 Queen is looking very butch and casual as she takes a stroll in California this weekend. 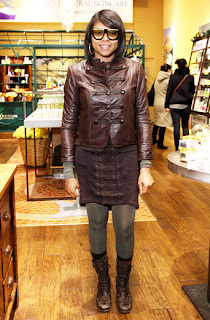 Teraji was spotted at the Loccoctane store opening, can't say I like her outfit, seems abit much but hey. 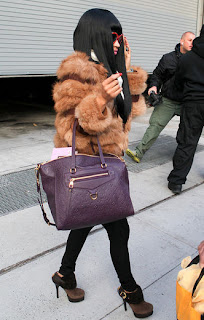 Nikki seen leaving a her hotel in NYC, apparently the rumors are she celebrated her 30th bday this weekend, if true  happy bday!! luv the purse. 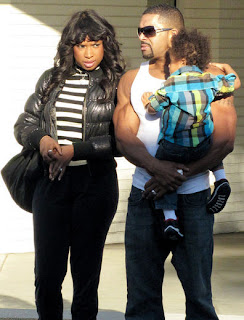 Okay have anyone else seen the commercials with David Otunga, JHuds baby daddy for his wrestling show, they are so lame any way why does she have on a jacket and he in in a wife beater, can't say i'm not enjoying the view, but seriously. Anyway rumors were that they broke up a while back but IDK. I have a question though how he go from tryna get with ( New York, that wack a** chic) to being with JHud, from being a Lawyer to now a pro wrestler, he seems confused.
Posted by Queen Neeka at 12:24 PM