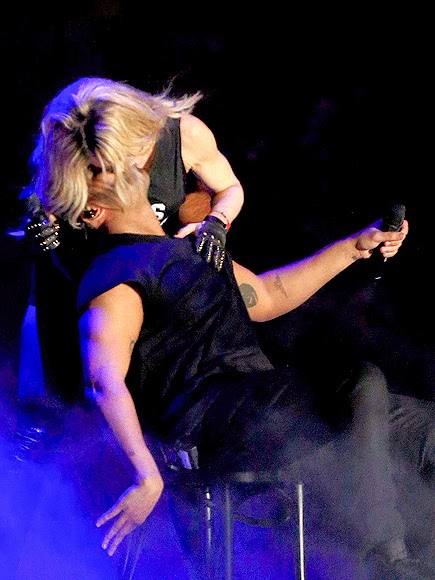 Okay so by no we are not shocked at random celebrities kissing on stage as part of a performance, but this right here was hilarious and I bet a bit embarrass for Madonna ( who struggles to stay relevant) . According to sources Drake had a performance at Coachella Music festival in California and he and Madonna planned on doing a song together and surprising the audience, but Madonna took it a step further surprising drake with a long steamy awkward kiss that Drake was not prepared for apparently he made the worst face possible when receiving a kiss. (I got you, the video is below)


His face is priceless, he wasn't ready!!!