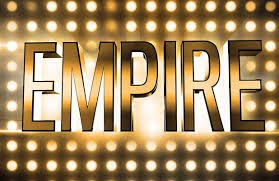 So for weeks and even months Fox has been doing promo on their new series called "Empire" who has an all star cast Taradji P Henson and Terrence Howard. Yes the "Hustle and Flow" duo are back at it and almost in the same capacity. The new series is about a record label/ company that was started by this couple Taraji and Terrence and happened to be started with drug money apparently Taraji's Character "Cookie" was sent to prison for 17 years after some sought of drug bust murder scenario goes bad. At the time of her arrest she had three sons, fast forward to the era in which the series is set and now her return from prison to an "Empire" built by her ex  husband with their sons talents, which she believes she deserves half of. I would say that from watching the first episode that the concept is dope and the story lines are compelling enough to keep you wanting to see more. One of the hottest things about the show is that all the music is produced by Timberland and are all original. Although the show idea is a bit cliche it is still a show to add to your watch list every week.