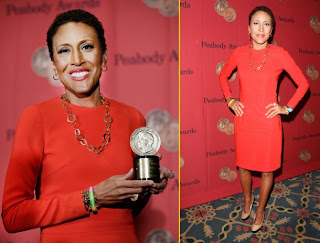 Congrats to Robin for winning an award at the George Foster Peabody awards in New York. She looks like she is greats spirits, congrats Robin... 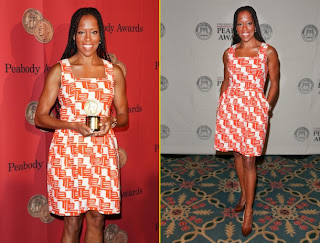 Regina Kind was also among the award recipients at the George Foster Peabody awards in New York. Congrats to you as well,  but the dress though is not working for you at all... just saying. 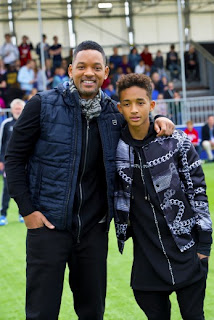 Will Smith and his son Jaden were at Olympic park in England, they continue their promotion tour for tier new movie "After Earth" . It looks like a good movie, if your going to see it when its comes out be sure to leave comments.. 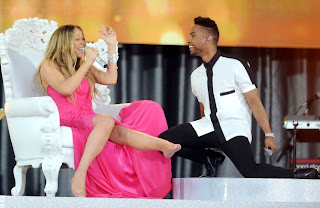 Okay so everyone has been buzzing about Mariah Carey's performance  Friday on GMA, her wardrobe malfunction, her cursing, among a whole list of just a performer's worse nightmares. As I watched the event unfold live I had a different perspective, the realness of the performance was refreshing, she still sounded great with out all the extra that performers do some times and she kept a light hear-ted spirit to it. Whats not being said is how GMA messed on the Miguel intro to. what if Miguel jinsk the whole show after amidst his painful Billboard awards performance.. IDK ... hmm