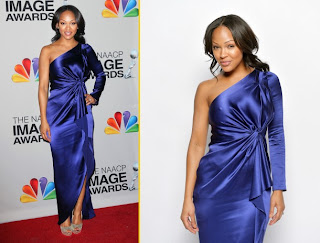 Meagan looks stunning in this royal blue satin dress on the rep carpet this weekend. 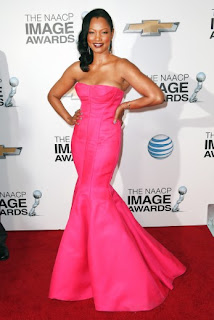 Hawt pink made a statement on the red carpet of the "44th Annual NAACP Image Awards", Garcelle have been making color waves with her fashion lately.. 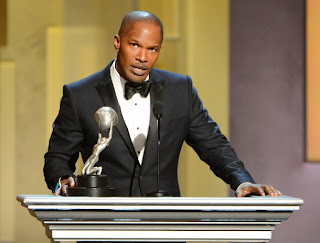 Also at the Awards was Jamie Fox, congrats for the award. 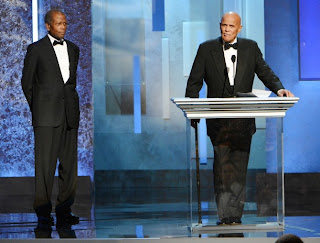 The pioneers of the African American actors and film movement Sydney Poitier and Harry Belafonte, they to received awards. 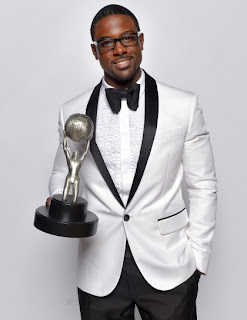 I just had to post this picture of Lance gross, because he is wearing the hell out of that suit, plus he got an award. 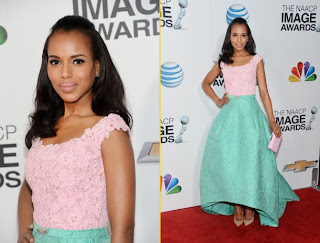 Kerry Washington was working the red carpet at the 44th Annual NAACP Image Awards. Her dress is very different but it really works for her. is it me or lately Kerry has been experimenting with fashion, i guess I would to if it was at my disposal. 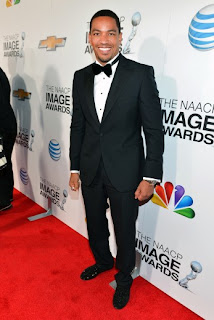 Ah Laz Alonso last but certainly not least, he also is rocking the hell out of that suit...