First I want to give a shout out to the Fan Hitz team for putting together a great show. If your an up and coming artist and want to put you music out there to see if people like it our just to showcase your talent then log on to www.fanhitz.com.. Let me just say that this contest is a vital importance to the music game, there are alot of great artist out there that never get the opportunity to be heard and to have a web site such as www.fanhitz.com out there it bridges the gap for them to be heard.  Also a big shout out to Krushmore Entertainment, for all your partying in Atlanta, visit www.krushmore.com.

Konvict muzics own Verse Simmonds came out to support the event, so shout out to him as well and to Prof Griff from Public Enemy. Not many artist have time to show support of give back to the new generation of  musicians. Anyway on to my run down of the show and the winners.

Not everyone that came out had what it took, don't get me wrong in this setting not only do you have to have talent you have to have delivery with it and many fell short, I'm not gonna put anyone on blast though. 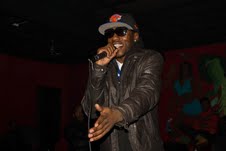 Last contest winner El Bells hit the stage to perform and as he did before he moved the crowd, so big ups to him, keep hustling your talent. 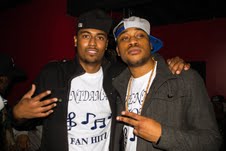 
The winners of the Fan Hitz finale are Ant da man and Kenny Stone, they are college students that have a passion for entertainment, these two dudes hit the stage and rocked it with a catchy song and the hype to pull off the win, don't believe me check out the pictures of the crowd going bananas ( see below) You can get more info on them @antdamanlive on twitter, Ant da man fan page on  facebook, and @truekennystone on twitter. 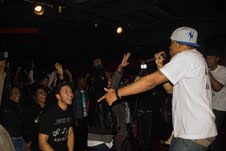 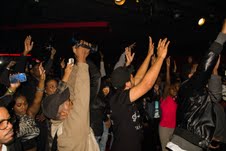 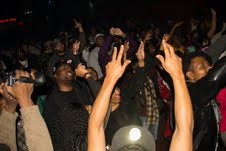 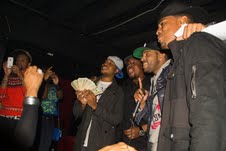 they won the $2500.00 cash prize and a press packet don't sleep peoples this contest pays off (literally)

Yes a female MC was in the contest and she was good to, "Country Gravy" is her name and she came in second runner up. When she stepped to the mic she spit a verse that was so hot she got the crowd hyped up  before she even begun her song, which honestly was not as good as the first verse but it was good enough to get her to the second spot. You can find her at country gravy on Facebook fan page, @countrygravy404 on twitter. 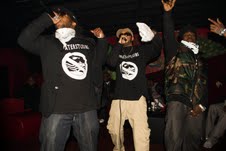 The third place winners were "No Water" now I have to say despite a really raunchy looking side show from some crack head looking stripper ( which they didn't need) the rocked the crowd as well, there energy was on point and the audience soaked it all in and vibed with there performance. You find them on Facebook at no water productions.


http://www.queenneeka.com/p/music-minute.html
Posted by Queen Neeka at 6:15 AM

Email ThisBlogThis!Share to TwitterShare to FacebookShare to Pinterest
Labels: photos by Ziko Langston