Iron Man three trailers are out.
Are you exited....I'm excited!

Young girls infiltrating the Judicial System
Girls the fastest growing sector in the US Justice system -  small crimes are said to lead most girls out of school and for most it is hard to return. tsk tsk tsk 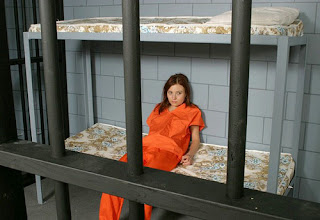 Windows 8 how it works 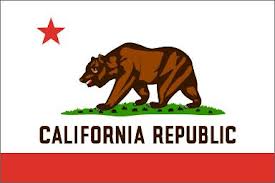 OLD Ketchup
– New Hersey someone found an old Heinz factory and decided to make money filling the bottles up fake Heinz ketchup to make a few extra bucks.   Unfortunately the ingredients were so old the ketchup fermented and exploded.  Damn terrorists 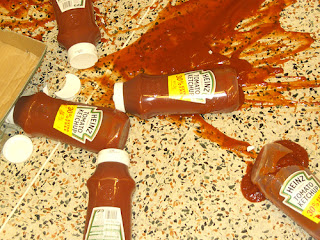 Meningittus in Mass
-  The meningitis outbreak that is killing people nationwide has been blamed on sanitation issues at a drug plant in a Massachusetts company called New England Compounding Systems.  So steroid a shot for back pain  seem to be the culprit. 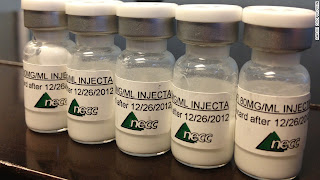 Meningitis
Meningitis is a disease caused by the inflammation of the protective membranes covering the brain and spinal cord known as the meninges. The inflammation is usually caused by an infection of the fluid surrounding the brain and spinal cord.
Meningitis may develop in response to a number of causes, usually bacteria or viruses, but meningitis can also be caused by physical injury, cancer or certain drugs.
The severity of illness and the treatment for meningitis differ depending on the cause. Thus, it is important to know the specific cause of meningitis. (cdc.gov)

It’s the Klan Man
KKK files a lawsuit in Georgia because they aren’t allowed to adopt a highway.  Funny mask men who run around burning down houses, raping women and committing internal terrorist  has the nerve to file a suit in court for freedom of speech.  Seems the obvious solution is to put on those masks and go adopt that highway by force.  Since when has puny law stopped the Klu Klutz Klan 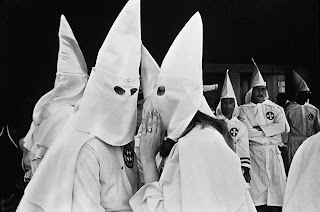 Email ThisBlogThis!Share to TwitterShare to FacebookShare to Pinterest
Labels: Article by James Calvin