First I need to give a shout out to my people at DBS Sound in Atlanta, the realest record store , for all artist and people in the industry.  Special big up to Bago, Mooch , Killa B and Nay Star the next American icon, look out for her.  Also special thanks to Warner Bros Music and MMG for allowing me to catch there new artist Rockie Fresh concert in Atlanta this Saturday. The Electric Highway Tour is one that is being slept on right now, I have to say it is so refreshing to see young talent rocking it and making moves. Queen Neeka got to meet some of these talented nig** and got to find out more about them check it out.
ROCKE FRESH﻿ 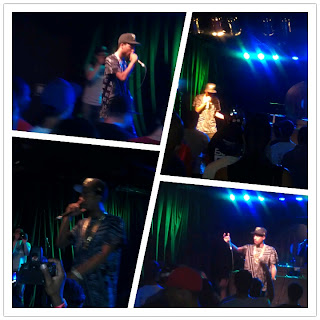 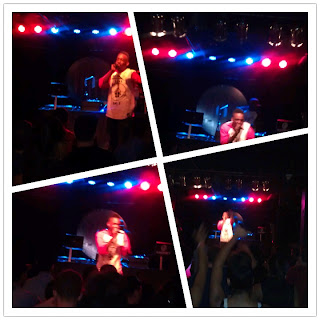 I recently had an opportunity to catch up with Phil Ade at the Rockie Fresh concert this Saturday in Atlanta, in which he opened. “Always There” has a 90’s vibe to it, Phil said that with that song he was channeling a tribe called quest , honestly that is the vibe you get when you see that video or hear the song and it is the hotness to. QueenNeeka asked him if his music was influenced in any way by his parents who are Grenadian and Nigerian, apparently he grew up in a religious family and father was a singer back in the day and played music in the house all the time, this was his first introduction to music and crafted his talent. He started out singing then started rapping when he went to high school, rapping for fun. When he went to college in Huntsville he met a few people, from Maryland and was in a go go band, this type of music is synonymous with the DC area. If you’re wondering how he got on with Raheem Devaughn’s 368 music group he was friends with his brother in college and it was history from there, he also mentioned that he know Rockie Fresh from the days when MySpace was popping. You know I’m finding that there was a lot of talent on My Space back in the day that didn’t get acknowledgement, but those guys are taking measures into their own hands and sphere heading their own careers.  His new project is called ROSE (result of societies evil), talking about his up bringing and being a product of his environment. When asked about what influenced his style Phil said “I just wear stuff that I f*** with” “ nice shoes” etc. Find out about his future projects Twitter @philade_rf 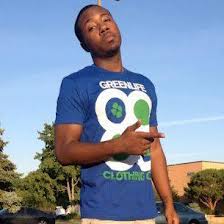 QueenNeeka got a chance to interview Mark Battles a rapper out of Indianapolis Indiana, and people that is his real name how hot is that, Mark said that “he stuck with his name to show people that his music is not for pretend it’s him”.  Mark said that Biggies lp “Life After Death” was the major reason he decided to rap, he said although his life was not, filled with selling drugs or no ish like that he somehow connected with the vibe of the album. He was also the opener for the Rockie Fresh tour. In the future we can look for him on MTV  “Freshman” coming out this month, he is also working on a collaboration with Diddy’s artist c also coming this month. He was rocking Coeus clothing  and Labrons sneakers, pretty fly look.  Look for his videos on you tube and Twitter @markbattles317, facebook mark battles music.

Okay people I would not be mentioning these artist if I didn’t feel that there music was hot had potential to be hot, seriously I saw them perform live and they ripped it, Mark Battles killed it with the lyrical breakdown , Phil Ade rocked the crowd like we were at Madison Square and Rockie Fresh ripped it I see why he just got signed.