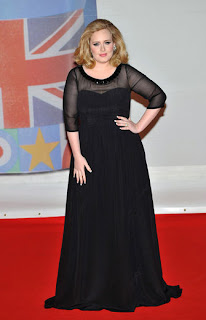 Adele on the red carpet in London, well it appears that Adele was at the British version of the Grammy's when she won an award and apparently took to ling with her acceptance speech and the host cut her off. That didn't sit well with her so she flipped the so called suits of the show a bird. I personally thought that was funny. 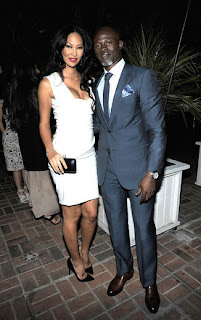 Kimora and her hubby we all coupled up at a Vanity fair event in LA this week, they look so good together. 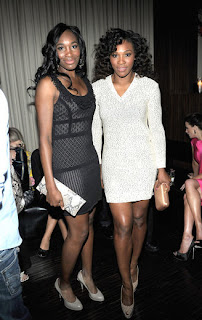 Tennis sisters Venus and Serena were in LA this week for the pre Oscar celebrations hosted by Vanity Fair. I have to say Serena looks great, Although she looks like she might have shed a few pounds, but her hair, makeup and outfit is on point, do your thing ma. 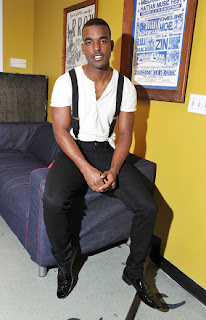 Luke James the New Orleans singing sensation, was photoed back stage before performing in NYC. People I have heard him sang ( not a typo) on many occasions and he is good, he has a great old school but fly vibe to him and he is chocolate. But seriously if you haven't heard him please take the time to find his music and listen. 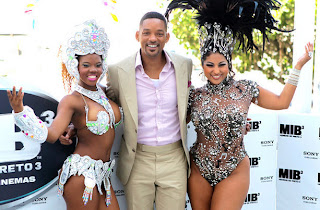 Will Smith in Rio De Janeiro for a "Men in Black 111" photo shoot. Listen if he is married or going through whatever with Jada that's his issue, but really he looks like he is in heaven with those two Samba dancers and who wouldn't be those chis a thick and gorgeous, a black mans dream.
Posted by Queen Neeka at 7:03 PM