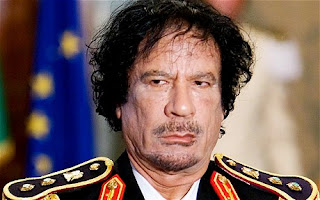 CNN confirms that Gadhafi has been killed supposedly by NATO forces, he died apparently from complications of wounds that he sustained as he tried to flee. Reports say that they attempted to take him alive but the injuries were to severe for him to survive. Apparently he died in Sirte, Libya, he was shot in the legs and in the head. Although a man has just lost is life many in Tripoli is rejoicing and celebrating his death.
GRAPHIC IMAGES BELOW 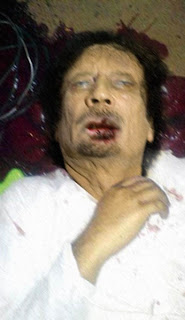