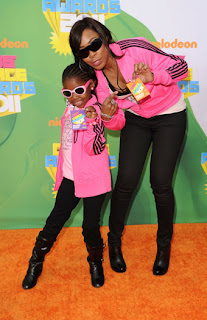 Tichina Arnold and her mini me daughter striking a pose at the Kids Choice Awards in Los Angeles. 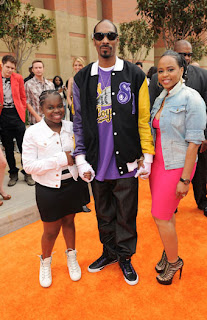 Snoop his wife Shante and daughter at the Kids Choice Awards. Apparently his daughter suffers from Lupus, most of us were not aware that the rapper and his family had been dealing with a sick child for quite some time now, she was recently diagnosed with the disease after years of trying to figure out what was wrong with her. Snoop  is such a humble soul and I wish all the best for his family and daughter Coco. 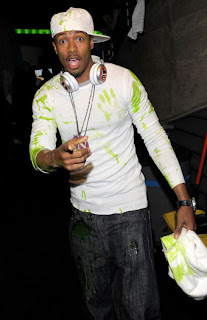 While wife Mariah is at home expecting twins, Nick Cannon was getting slimmed on at the Kids Choice Awards.
Posted by Queen Neeka at 9:17 AM