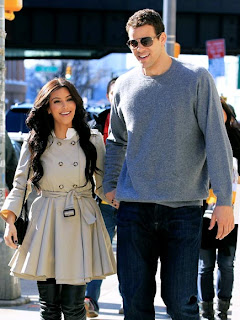 Well it appears Kim has a new beau NBa player Kris Humphries, she is no stranger to ball players, her last beau as we all know was Reggie Bush ( fine self) but apparently according to the rumor mill they had a secret date recently and she was spotted leaving his spot in the morning. Hey one last smash session why not, they say when you go black you never go back, so stop fooling your self chic, with this Kris dude. 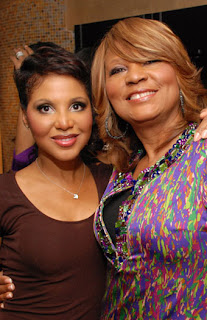 Okay is it me or did the Braxtons have a reality show before? Sooo why are they attempting to bring their boring drama back into our lives, the last time all the sisters were tryna get a singing deal , which didn't work, hell Toni barely surviving with her music, didn't she just file bankruptcy again. Sigh!, Well at least we know she has good jeans, pictured above is Toni and her mom and her mom looks fabulous.. 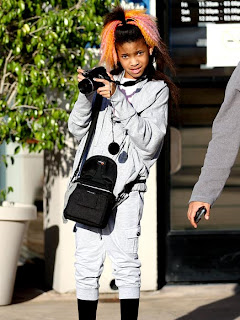 Im so glad that a black family in Hollywood is helping their daughter realize her dreams and all. But if we saw this girl on the street we all would be like who is her mama and why is she soo ghetto, any other black girl from ATL, Brooklyn or any urban area would be considered a hot ghetto mess, lets keep it real peoples, but because her daddy is Will and she lives in Hollywood this is creative and different. I just think its about time Will and Jada show thier ghetto ism. Leave comment what you think.
Posted by Queen Neeka at 9:10 AM