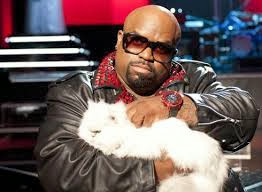 Yesterday Cee Lo was charged with one count of furnishing a controlled substance in a Los Angles court room. Apparently the story is that the victim a female has accused him of slipping ecstasy into her food as the two dined at a restaurant in LA, the prosecutor did not charge Cee lo with rape because it would be difficult to prove. Bottom Line they had to charge him with something since the chic made a report, he faces up to four years in jail in convicted. Bad Deal for Cee lo.