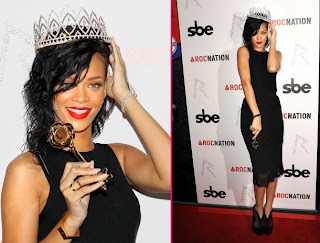 Rihanna queen of the West Hollywood Halloween festival poses on the red carpet with her crown, she also  threw a private Halloween party in the Hollywood hills were her ex ( or whatever they are now) Chris breeze attended dressed like a member of a terrorist group. ( pics below)

MORE AFTER  THE BREAK 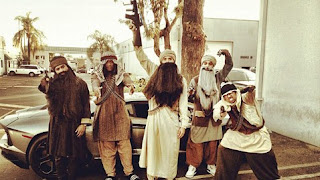 So Chris is def a way to get the people back on your side ( or if your like me who gives a F*** what people think) with this costume. When I first saw this picture I had to laught really it's funny as hell, can't front its a great costume. 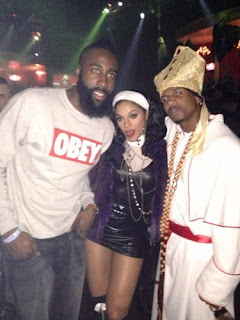 Once again I have to give it up to the celebs this year they really stepped up their game, Stevie j and Jocelyn definitely did with this nun and priest costumes. 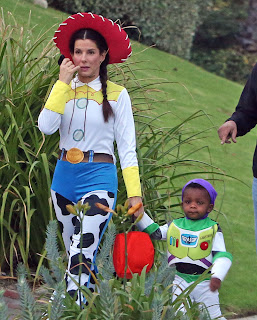 Awh Sandra Bullock and her son Louie were to adorable as woody and buzz.
Posted by Queen Neeka at 9:42 PM

Email ThisBlogThis!Share to TwitterShare to FacebookShare to Pinterest
Labels: Photo from Google, Photos from Huffington Post, Photos from The Examiner