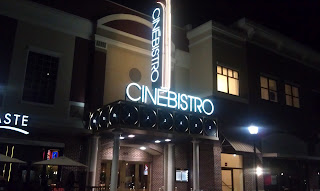 So this weekend my girls and I, shout out to tstafford, sweetkrush and hershey kisses, ( twitter names of course), Anyhow we went to the Cinebistro in Brookhaven. First if you haven't been there then I suggest you try it, the theater is really nice, now the food not so much ( just being real). Okay let me continue  we went to see "Sparkle" and I have to say it was a good movie I would give it a 6, Mike Epps was funny as hell as usual, Tika Sumpter my girl was good and so was the other actresses, Whitney was good to, It kinda makes you look at the screen like dam I wish she was still here, cause she really looked great. I have to give recognition were it is due, Jordin Sparks did a great job, I'm not a fan of her music and really couldn't see her relevancy but she has great potential as an actress. Anyway that's my take on it if anyone has seen it leave a comment let me know your perspective, Oh yeah the "cinagria" at the cinebistro is a good drink. 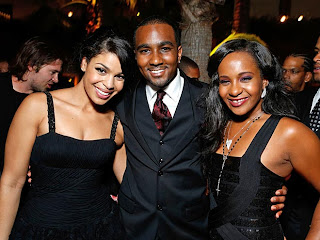 The Premiere of Sparkle last week brought everyone out, Whitneys daughter and her beau was seen here on the red carpet with the star of the show Jordin Sparks. 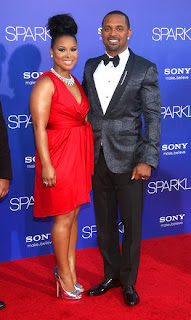 Mike Epps and his wife were also in attendance of the premiere. Question why Mike always got that look on his face when he poses with his wife, IDK. 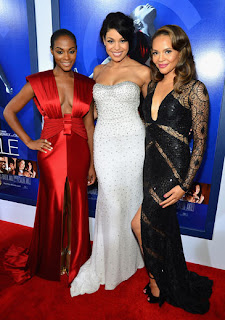 The "Sparkle" crew, Jordin, Tika and Carmen, for some reason I cant remember where I saw this chic Carmen on before, if anyone knows let leave me a comment. 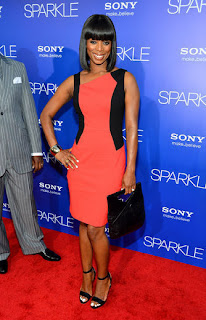 Tasha Smith of course always supporting her black films, she looks great by the way. 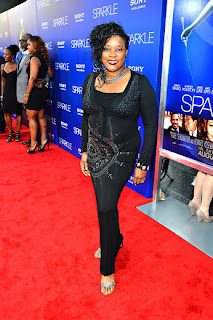 Loretta, Loretta, first I have to start out by saying I luv her, however the Chaka Kahn come back with the tight clothes ain't for every one. I'm just saying.