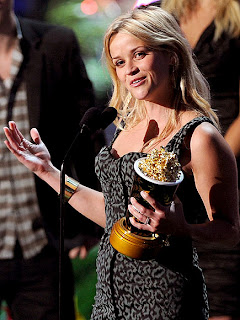 Reese Whitherspoon got her golden popcorn for the generation category, until the show i had not realized that Reese in fact grew up before our eyes, from " Legally Blonde" on up. But what surprised me the most was her acceptance speech which was on point, she commented on being successful in Hollywood without a reality show and that if your gonna take a naked pic cover your face, she also commented that when you make a sex tape make sure you store it under your bed away from anyone that can see it. She definitely deserves this award and her statements were well needed. (so now can Gabrielle Union get one of those awards next year, the girl has been acting for ever to) 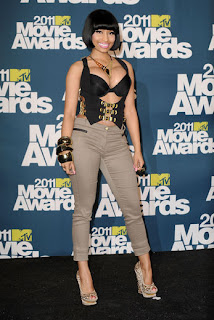 Nikki Manaj and her new boobs made it to the MTV Movie Awards , her outfit is just OK, nothing spectacular, I really want Nikki to start rocking hot ass pieces, show off that South Jamaica Queens Style. 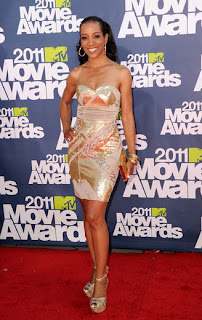 Shauna Robinson on the red carpet her dress is cute ( for a minute I thought she was related to Holly). 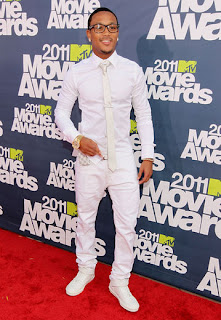 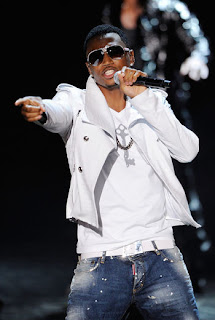 Trigger and Lupe performed last night, it was a great performance, but tell me why Lupe Fiasco looks like Wiz Kalifah. 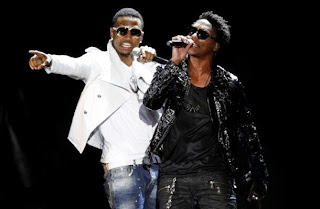 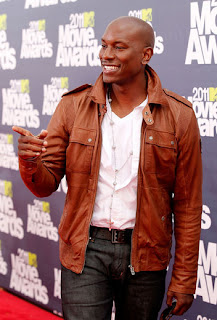 Tyrese Gibson is ageless he still look as good as he did back in the day, so it is true black don't crack.
Posted by Queen Neeka at 8:37 AM