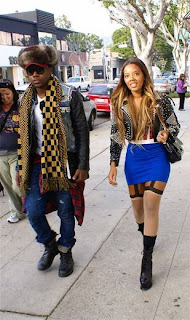 Ok first let me start out by asking why do we have to be the victims of this tragedy, Angela Simmons have finally crossed over into Hollywood ratism ( is this a word), meaning she is yet another victim swallowed up by the streets of LA. I'm sorry bit she looks like pure trash, I could see if she was going to a club or a party but why wear this ish to walk down the street sopping.IDk maybe she is finally coming out of the freak closet, we will be watching for more exhibitionism  from her, maybe a nude pic or two, Ill keep you all posted. 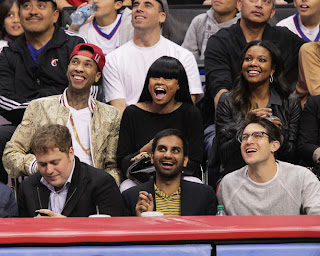 Say what Gabby Union at the Clippers game with Tyga (errrrk) this is such an unusual friendship and why are they on the second row? Rihanna was at the same game and she was front row and center. IDK. 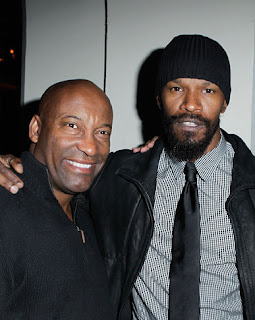 Jamie fax and John Singleton was photoed at a party at Chateau Marmont in LA. Dang Jamie  you kinda wolfing it out their, I really hope its for a new role. 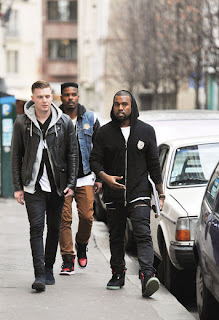 Well since Jay has grown up with a wife and new baby and all Kanye has to find new friends to play with, he was spotted in Paris shopping with a new entourage ( "ich" boys). Question why every pair of pants Yeezy wear has to be so tight I mean this whole skinny pants ish for men has gots to stop in 2012, I mead why can't women have a trend for themselves. 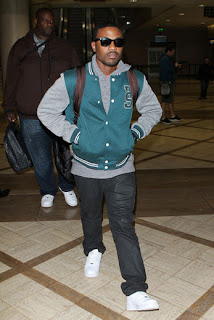 Ray J was spotted at LAX on the way back from the A, I see he has his body guards on deck I guess all that tough talk was just that, I mean so you didn't get down with the Money Team and you were just hired to sing at the mansion at least you got paid, stop tryna be tough hommie. Listen for those who are not aware of the grimey nature of my fellow New York duded just know if your tryna be down and your really wack they will (herb you) yes I said  herb, check the NY dictionary on that street terms, commonly used back in the 90's but it so fit his a**.
Posted by Queen Neeka at 10:05 AM