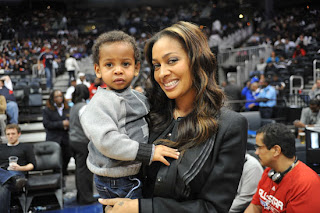 Okay so we all heard the rumors about Camelo Anthony's love child in NY. (just to get you up to speed) Apparently in the rumor mill the reason that Camelo wanted to move to NY was to be closer to a love child that he supposedly had. Really people, according to La La, "its laughable" this is not true, she also said that if it were " I probably wouldn't still be here" so lets squash it, just maybe there is one good man in basketball. Hmmm we will see. What do you all think, truth or cover up? 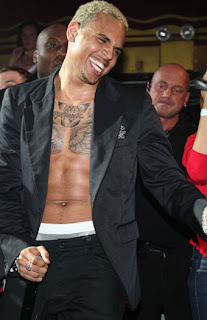 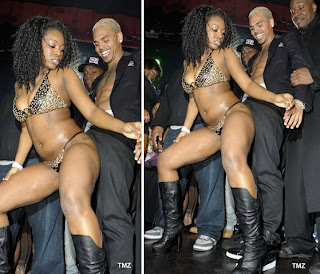 Why Chris Why? I gave him the benefit of the doubt, but more and more he is just getting out of control. So he was at Webster Hall to promote his album, umm why are there strippers and ish all over him, testosterone is a mofo huh, he just cant sit his a** down and chill out. According to Jigga he needs some mental help, hmmm might be right.
Posted by Queen Neeka at 10:49 AM

Email ThisBlogThis!Share to TwitterShare to FacebookShare to Pinterest
Labels: and Sandra Rose, Photo from Essence magazine